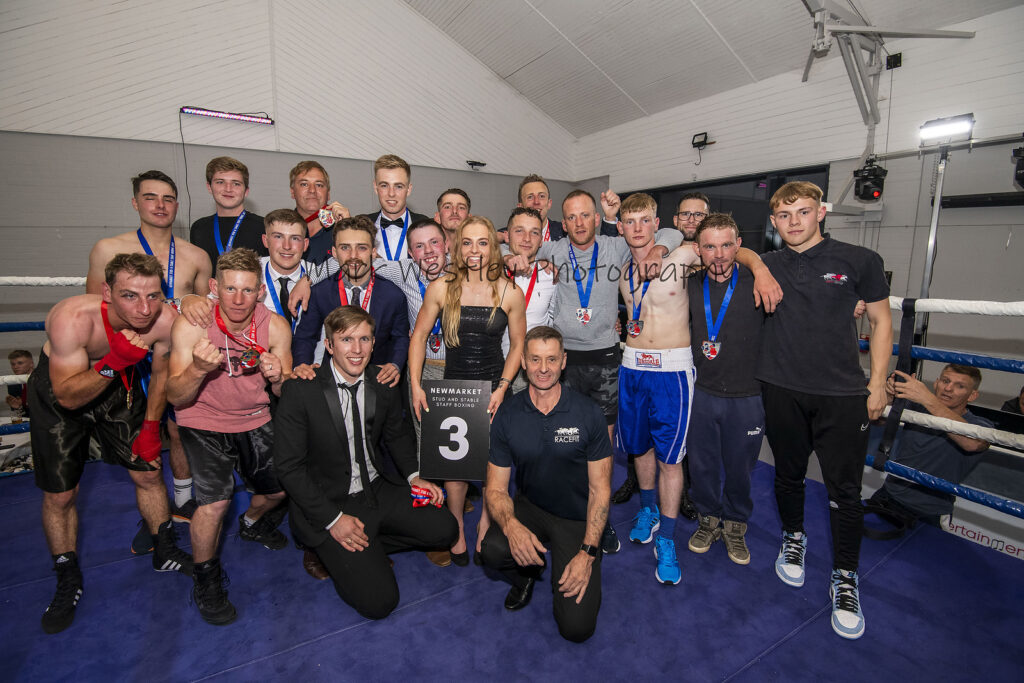 Stud and Stable staff boxing night at The Racing Centre in Newmarket. Picture by Mark Westley

The Racing Centre hosted the return to stable lads boxing on the 17th September at the centre. The night entailed 8 bouts, all of which form a horseracing background as part of the Henry Cecil Open Weekend.

Due to capacity limitations, the event sold 120 seated tickets and an additional 37 standing tickets, this was accompanied by a live stream on the evening which had 979 individual streams over the course of the night. All of which was put on by 15 event staff and 12 volunteers on the night.

Each boxer was given a £250 fundraising target with some exceeding this amount and raising a total of £2965 between the boxer and an additional £6830 raised on the night through sponsorship, ticket sales and donations.

These donations will be split between The Racing Centre and Racing Welfare, both of which support those in the horseracing industry through a variety of wellbeing support and guidance.

The evening was sponsored by three sponsors namely: Jockey Club Estates – naming a bout in honour of Jack De Bromhead where a moment of silence was observed. Tattersalls – the Tattersalls Bout. Somerville Lodge under trainer William Haggas – The Somerville Showdown (Somerville Lodge had five representatives boxing throughout the evening). All thanks must be given to the sponsors for their continued support.

The charities will continue to raise funds through this cause by Texting ‘BOXING’ to 70480 to give £10.

Tattersalls: “The Stud and Stable Charity Boxing promises to be amongst the highlights of the Henry Cecil Open Weekend and Tattersalls is delighted to support the event which will raise funds for both The Racing Centre and Racing Welfare.” Jimmy George – Marketing Director

“We’re thrilled to have sponsored the Newmarket stud and stable staff boxing this year with two charities benefiting from the funds raised, namely Racing Welfare and The Racing Centre. We have also taken the decision to name a bout in memory of Jack de Bromhead which will become a standing bout for many years going forward.” Nick Patton –

Regional Welfare Manager for Racing Welfare Aimee Hockley-Righton said: “As part of the Henry Cecil Open Weekend, the stud and stable boxing event will provide a great opportunity for the local racing community to come together for a bit of healthy rivalry and entertainment. Importantly, it will help raise vital funds jointly for Racing Welfare and The Racing Centre who play a key role in supporting that community.”

The Racing Centre Chief Executive Officer, John Gilbert: “We are incredibly excited to have hosted this event and furthermore given the horseracing industry a themed evening to raise funds for both the centre and Racing Welfare. We would also like to thank the boxer for putting such an impressive show on for us, they have been working incredibly hard to get to this point and each should be proud of the effort that went into each bout, most of which have never been in a ring before. Now that this event is over, we will start the planning process for an additional show in March where we promise to go bigger and better.”